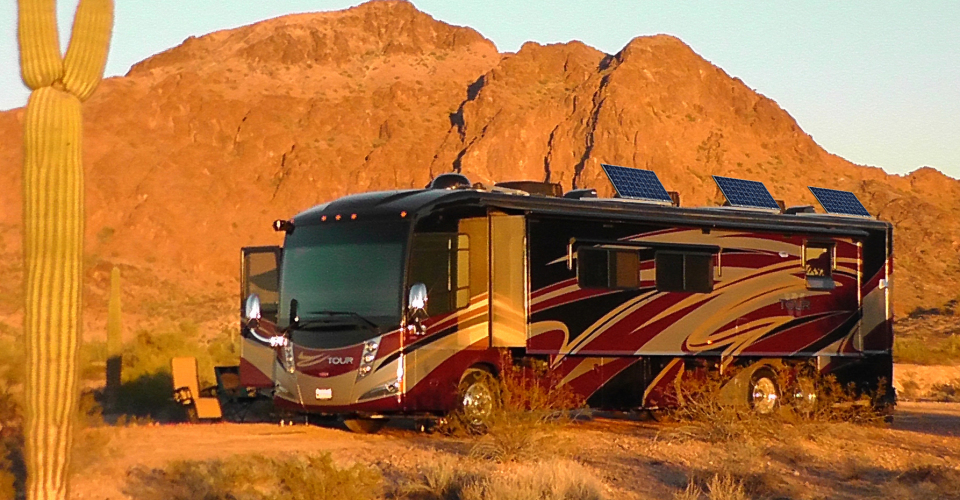 Depending on the time of year and conditions, solar panels can produce 70% or more power by simply tilting them toward the sun. Until now, however, the only way to do that, was to climb onto the RV's roof and tilt them manually

Manual tilt kits have been around for years, but they all require someone to climb onto the RV's roof. When the camping trip is over, or when high winds kick up, someone has to do it all over again

An RV forum poll revealed that more than half of RVers who purchased solar panels, also purchased manual tilt kits. However, 85% of them say they don't tilt their solar panels, because it's too time consuming, too much trouble and too hazardous

SolaRVector's patented design not only enables RVers to easily raise and lower their solar panels from the safety of the ground, they can also lock them in the down position when it's time to travel, or when high winds kick up -- with just the push of a button